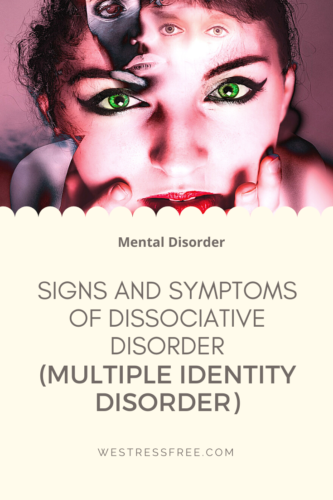 Have you ever experience dissociation before? Some of us often experience dissociation, or circumstances where we are carried away, daydreaming while working. Dissociative identity disorder is a more severe form of dissociation, resulting in a person losing control of his thoughts, memory, feelings, actions, and awareness of his identity. These different identities usually also have different names, different temperaments, even different self-images. Can this mental disorder be treated? Let’s find out more about dissociative disorder along with the signs, symptoms and treatments from the review below.

and How to Treat It

What is dissociative identity disorder?

Dissociative identity disorder, which is better known as multiple personality disorder, is a complex psychological condition where the sufferer has two or more different personalities, and alternately takes over the consciousness of the individual who experiences it.

Dissociative identity disorder is one type of mental disorder that shows the dissociation or discrepancy of the relationship between thoughts, memories, environment, actions, and self-identity. This is a way for someone to escape trauma experienced in an unhealthy way and cause problems in their daily lives.

Individuals who experience identity dissociation disorder may be able to feel uncertainty about their identity and feel the presence of other identities in themselves that have different names, backgrounds, voices, and behaviors. The most visible characteristic of this disorder is the change from one identity to another that has a personality that is far different from the original personality. Another identity that is not the real identity of the sufferer is usually referred to as alter. Patients who are aware of the existence of other alters will sometimes refer to themselves with the words “we” or “us”.

There is no definitive explanation for why someone can suffer from dissociative identity disorder. Although many factors are involved in this disease, but people with dissociative identity disorder usually have a background of traumatic experiences, especially during their childhood. This traumatic experience can be in the form of repeated torture both emotionally, physically abused, and sexual harassment. Because of this experience, a person then seems to create a mechanism of self-defense by creating other personalities outside of his consciousness to be free from the intense trauma he experiences. 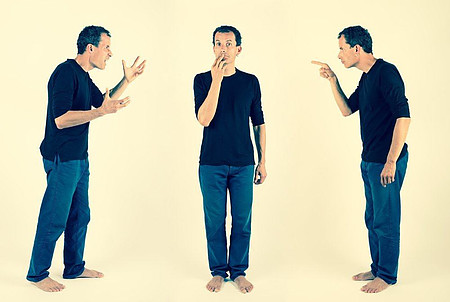 Also read: What is the difference between stress and depression? – Know the symptoms

Some things that are felt as a result of this disorder:

What is the difference between dissociative identity disorder and bipolar disorder? 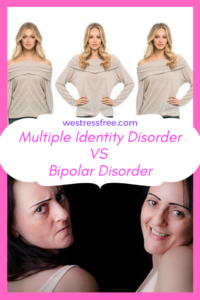 Having more or less the same characteristics and symptoms, dissociative identity disorder is often confused with bipolar disorder. Bipolar disorder is a change in mood, energy, and unusual activity. This disorder is also called manic-depressive illness, where the sufferer will experience two phases namely manic and depressive. The manic phase occurs when sufferers feel they have a lot of energy, are excited, and are more active than usual to cause trouble sleeping, talk very fast, feel able to do various things at one time, and tend to do risky things. While the depressive phase is the opposite of the manic phase. These two phases are very different and the difference between the two tends to be intense and drastic.

The difference between bipolar disorder and dissociative identity disorder is the main cause.

In dissociative identity disorder, past trauma tends to be the main trigger of the disorder. While in bipolar disorder, brain structure, genetics, and heredity play a more important role.

Changes between one personality and another in dissociative identity disorder are more often triggered by psychosocial stress, while in bipolar disorder there is a clearer pattern. For example the manic phase occurs for one week followed by a depressive phase for 2 weeks.

When should you consult a doctor?

If you or the people closest to you experience the symptoms listed above, have thoughts of suicide, or attempt suicide, consult your doctor and other mental health experts immediately.

What should be prepared before consulting a doctor?

Before consulting with doctors and other mental health experts, you should prepare a list of symptoms experienced, personal information, medical information, a list of drugs or substances consumed, and questions, such as: 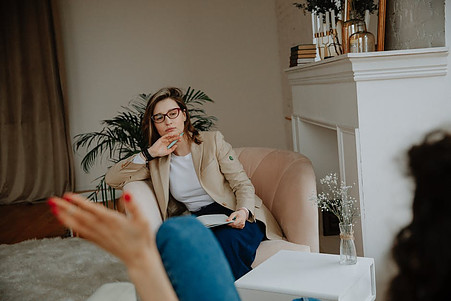 What will the doctor do when consulting?

Usually doctors and other mental health experts will ask a number of questions, such as:

The response of each person with multiple personalities varies, but generally therapy can help manage symptoms if it is done regularly.

People with multiple personalities may have difficulty maintaining relationships with people around them, can hurt themselves, hurt others, or abuse drugs. Therapy to be undertaken by sufferers will focus on making sufferers comfortable dealing with others and preventing sufferers from doing dangerous things.

There you go. Now you know what is dissociative identity disorder, the signs, causes and treatments we can give to the sufferer.

If you have questions, consult your doctor for the best solution for your problem.

Thank you for reading today’s topic: Signs and Symptoms of DISSOCIATIVE DISORDER

14 thoughts on “Signs and Symptoms of DISSOCIATIVE DISORDER”