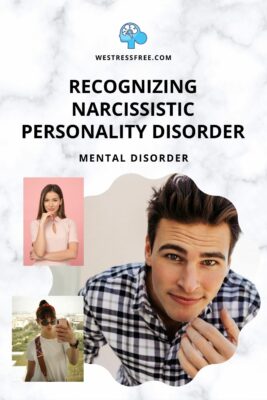 Narcissistic is a condition of personality disorder where a person will consider himself very important and must be admired.

Narcissistic personality sufferers usually feel that they have extraordinary and better achievements than others and feel excessive pride in themselves. This happens despite normal achievements. Narcissists also usually have a low level of empathy for others and consider themselves to have a higher interest than others. People with narcissistic personality disorder are easily offended and feel depressed easily when they are criticized by others, although they have a high level of self-confidence. 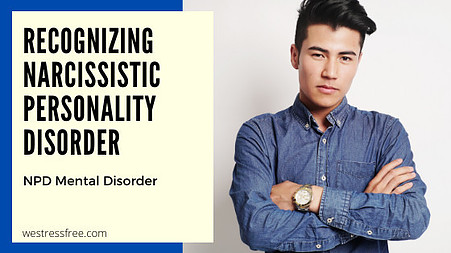 Narcissistic is one of the popular terms that are often cited by young people to describe someone who is too self-confident and proud of themselves, especially, those who like excessive selfies and exhibit photos of their collections on various social media accounts.

Is it that simple?

The origin of the word narcissistic – Narcissism definition

Narcissism was first recognized as a mental disorder by the British physician Havelock Ellis in 1898. Then, it was first popularized by renowned psychologist, Sigmund Freud, to explain the personality of a person who is pursuing recognition from others for his selfish admiration and arrogance for his characteristics.

The term narcissism has its roots in the Greek mythical figure, Narcissus. Narcissus was so influenced by the love of himself that he was condemned to love his reflection in the pool. He accidentally reached out his hand to reach his reflection until he sank.

Narcissism is also considered a cultural and social problem. Many experts think that narcissism is one of the three main characteristics of personality disorders (the other two are psychopathy and Machiavellianism). But, it also needs to be understood that narcissism is not the same as egocentrism.

How common is Narcissistic Personality Disorder?

The difference narcissistic with confident

The difference between self-confidence and narcissism is evident from the personal and social levels. Self-confidence is different from narcissism because, in confident people, this quality of self is built based on success and achievements, life skills that have been mastered, principles and norms held firm, and the care shown to others.

Conversely, narcissism is often based on fear of failure or fear of showing self-weakness, the attention that wants to be addressed only to yourself, an unhealthy urge to always be the best, and a sense of discomfort that is embedded in the mind of the inability of self. 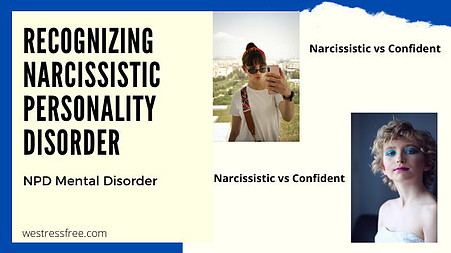 Narcissistic people (in the real sense of the word, not the term modern pun) cannot appreciate criticism, while confident people will increasingly improve themselves every time they are given constructive criticism. The narcissist will try hard to bring down his opponent to surpass the others. People who are full of confidence will respect each of their opponents as humans.

The environment has a big role in fostering self-confidence and narcissism. Terror management theorist, Dr. Sheldon Solomon, explained that true confidence is a social construction because the value standards held by the community to assess themselves are rooted in following social standards. These standards can provide a variety of ways for people to feel good about themselves, or vice versa, instead of promoting false hopes that can ultimately destroy self-confidence.

Then, what is narcissistic personality disorder?

Narcissistic personality disorder is owned by 1% of the world’s population.

People who have NPD usually exhibit arrogant behavior, a lack of empathy for others, and a need for praise, all of which are seen consistently in work environments and social relations. People with this condition are often described as arrogant, selfish, manipulative, and fond of demanding something.

Narcissistic personality disorder allows the sufferer to focus on results that are out of common sense (for example, fame) and feel strongly that they are entitled to special treatment from those around them. 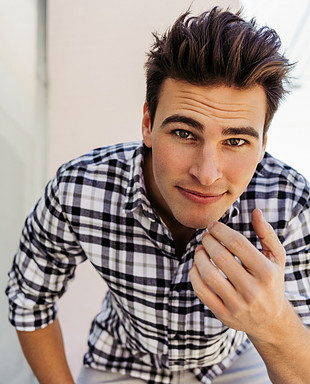 Many experts use criteria in the journal Diagnostic and Statistical Manual of Mental Disorders (DSM-5) to diagnose various mental conditions.

Here are some narcissistic personality disorder symptoms based on this journal published by the American Psychiatric Association:

Until now, the cause of this disorder is unknown. However, according to experts, parental behavior is closely related to this narcissistic personality disorder, including violence, abandonment, pampering, and when children are praised too much.

Although not yet known for certain, the researchers suspect that children who are raised by parents who overemphasize the child’s privilege and overly criticize fear and failure have the risk of experiencing this disorder. Gene factors or physical and psychological problems are also one of the causes of this personality disorder.

Anything that increases your risk of contracting Narcissistic Personality Disorder?

Some factors that can affect Narcissistic Personality Disorder are:

The absence of risk does not mean you are free from the possibility of exposure to disturbances. Characteristics and symptoms that are written only for reference. You need to consult a doctor for more information.

What are some examples of treatment that can be done on Narcissistic Personality Disorder?

Undergoing psychotherapy is the best treatment that can be done with a psychiatrist or a psychologist. This therapy can help patients to be more sensitive to others and help patients to understand their feelings and behavior.

There are also other methods called cognitive behavioral methods that can help find unhealthy behaviors and change them to healthy ones. Also, antidepressants are sometimes used for patients suffering from depression or anxiety.

What are the most common types of tests performed on sufferers of Narcissistic Personality Disorder?

Narcissistic Personality Disorder is a condition that doctors can diagnose based on a medical track record. The doctor will also analyze based on the symptoms and complaints suffered to make a diagnosis. Besides, health workers will also conduct other test methods to determine whether the patient has other physical problems caused by this disorder.

What are some forms of lifestyle changes or home remedies that can help me reduce the threat of Narcissistic Personality Disorder?

The following are forms of a healthy lifestyle and home remedies that can help you deal with Narcissistic Personality Disorder:

Selfie is not narcissism. Narcissism has multiple traits.

From the above explanation, it can be concluded that the selfie is a hobby. Selfie can be used as a way for someone to express themselves and improve their self-confidence. It is not one of the important characteristics that build personality disorders, including narcissistic disorders.

No medical studies have been able to prove that selfies show signs and symptoms of certain psychiatric diseases. Having said that, the frequency of posting those selfie photos to social media might indicate someone has what they call grandiose narcissism.

How to deal with a narcissist

1. Accept them for who they are

Don’t take heart and accept them for who they are. This is the first surefire tips for dealing with friends who suffer from narcissistic personality disorders, both in the campus environment, the workplace, and other everyday relationships.

Your priorities and desires may not be as important in their eyes. If you disagree with them about these priorities, do not take heart, and should be tolerant.

When there is someone with narcissistic personality disorder around you, attention tends to lead to it.

If you wait for someone with narcissistic personality disorder to “take a break” and not show their narcissistic nature, such an opportunity may not come.

As much as possible, do not allow people with narcissistic personality disorders to “sneak” into your mind. Take care of yourself and “fortify” the mind, so they don’t get in there. 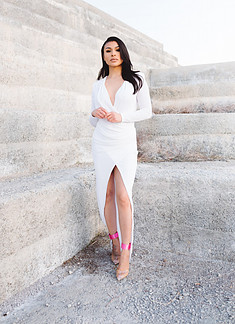 If people who suffer from narcissistic personality disorder are coworkers, superiors, or even strangers, silence is a very telling step to be able to deal with them.

However, if people who suffer from narcissistic personality disorder are lovers, family, or close friends, express your complaints, so they know your frustration.

However, you must also be prepared, if they do not understand or even ignore your complaints.

People with narcissistic personality disorder usually feel free to do things, such as entering one’s domain, and so on. This can sometimes hurt you.

It’s good, you set clear boundaries. If you have a colleague who is suffering from narcissistic mental disorders and has exceeded the limit, there must be consequences for them.

For example, there is an office friend with narcissistic personality disorder, who likes to park his big car, to cover the exit of your vehicle.

You have to say to him, if the bad habits are not changed, the big car will be moved by force.

5. Be firm with the establishment

If you have firmly set limits and consequences that must be accepted by friends with narcissistic personality disorder, now is the time for you to stand firm.

People with narcissistic personality disorder tend to be against you when boundaries and consequences have been expressed. However, this is the time to show your determination.

Because, if you act “soft”, people with narcissistic personality disorder will underestimate you at another time.

If you are in a “narrow” circle of friends and you have a narcissistic personality disorder, it’s a good idea to look for a new friendship environment that is filled with good people and gather with family.

Because, according to experts, spending time with narcissistic personalities can make you forget the feeling of having a “healthy relationship”.

If there is an office person or a classmate with narcissistic personality disorder, you should advise them to seek help directly from a mental health professional. Even though it’s not your responsibility to remind them, but as a friend, what’s wrong with reminding good things?

Especially if the people who suffer from it are the closest people, such as younger siblings, brothers, to lovers. Inviting them to consult a psychiatrist is very important.

Narcissists are usually good at making promises. However, sometimes loyalty in promising this will disappear the moment they get what they want.

Don’t get soft! If a narcissist asks for something with you and promises to return it, ask them to give you something you want first. In this way, you will not be harmed by narcissistic people.

If you think you have the symptoms mentioned above, please seek help from psychiatrist or psychologist.

Fight the narcissistic trait by staying focused on the initial goal of becoming a better person, regularly visiting each counseling session, and doing physical activities that can relax your body and mind, such as yoga.

If you have questions, please consult a professional doctor immediately to get the best medical solution. 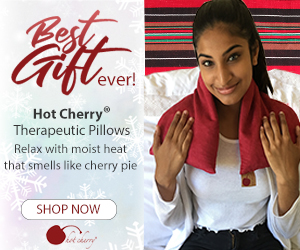