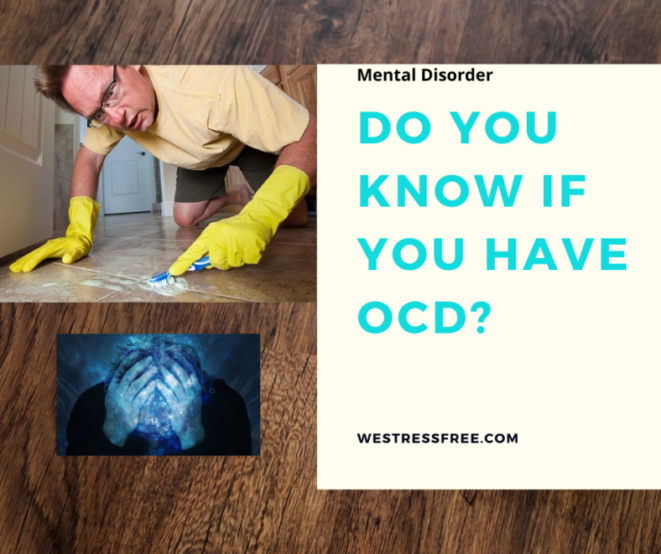 The tangled wires or the sloping position of books on the shelf can be a very disturbing sight to some people. Do those things bother you? These feelings are often referred to as Obsessive-Compulsive Disorder or OCD. Is it appropriate to use the term for such conditions? If someone likes the cleanliness or neat arrangement of items, it does not necessarily make someone bears the title of OCD. In order not to continue to misunderstand this, let me help you to recognize this condition further. Let’s see if you or someone you know have OCD.

Do You Know If You Have OCD? – Know the Signs/Symptoms, Causes, Treatments

OCD is psychiatric disease or mental disorder. So, to mention someone has OCD disease, it is necessary to understand it well and check it with a doctor first in order to get the right diagnosis. 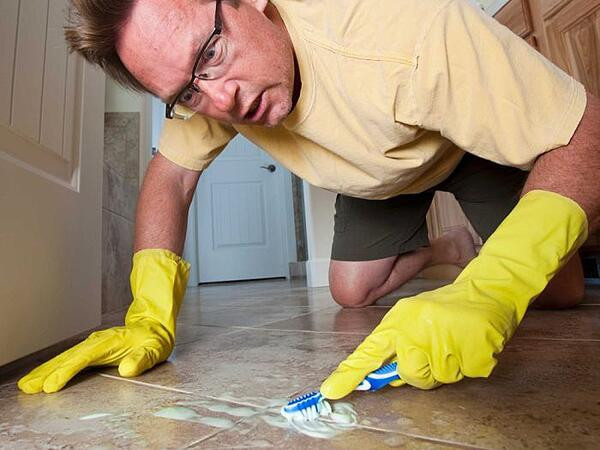 Obsessive-Compulsive Disorder or OCD is a condition that displays patterns of thought and fear that do not make sense (obsession) that makes you do repetitive behavior (compulsive). This is a psychological disorder that affects the thoughts and behavior of sufferers.

Once a person has OCD disease, unwanted thoughts and fears will emerge continuously, causing the sufferer to become obsessed with something and take certain actions repeatedly in response to his fears.

For example, checking repeatedly whether they have locked the door or not. OCD sufferers may be able to ignore the thought, but it will only make them feel anxious and depressed so that eventually they have to do something to release the pressure.

OCD is often centered on certain themes, for example, fear of being contaminated by germs. To overcome this fear, you wash your hands repeatedly until your hands feel sore and your skin cracked.

How common is this condition?

Obsessive-compulsive disorder can be experienced by anyone. OCD often appears at the age of under 20 years, especially in those who have experienced stressful events in their lives. These symptoms can often be overcome but cannot be eliminated. Although it is more common in early adulthood, OCD can also occur in children or adolescents. For further information please contact a doctor.

What are the signs and symptoms of someone suffering from OCD? 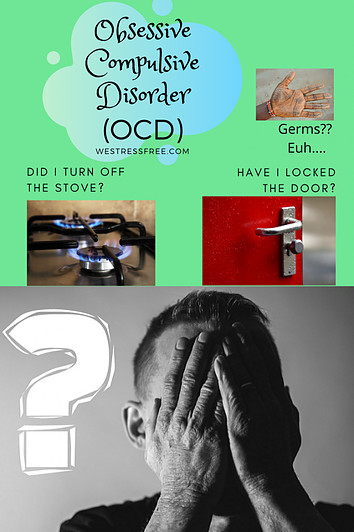 Signs and symptoms experienced by people with OCD are usually in the form of obsessive and compulsive behaviors that are not caused by the use of drugs or other conditions. A person may also only experience symptoms of obsession or compulsivity.

When you suffer from OCD, you may not realize that your obsessions and impulses are excessive or unreasonable. However, this condition will take up a lot of time and disrupt your daily routine, social functions, or work.

Obsessive-compulsive disorder is a condition of the mind, impulse, or image that appears repeatedly, continuously, and undesirable. This can interfere and cause distress or anxiety.

You might try to ignore it or get rid of it by engaging in compulsive behavior. This obsession is usually annoying when you try to think about or do other things.

Obsessions often come with certain themes, such as:

Signs and symptoms of obsession include:

Someone with obsessive behavior, has repeated thoughts, impulses (sudden impulses), or images that cause negative emotions, such as anxiety disorders or feelings of disgust.

Most people with OCD understand that what they think actually makes no sense. However, they still find it difficult to eliminate it.

Examples of obsessive behavior include excessive worrying about being contaminated with germs or bacteria, and feeling the arrangement of all items must be symmetrical.

Compulsive OCD is a repetitive behavior that you feel compelled to do. These repetitive mental actions aim to prevent or reduce anxiety caused by your obsession.

This attitude is excessive and often does not relate directly to the problem you want to fix.

As is the case with obsessions, compulsivity usually has themes, such as: 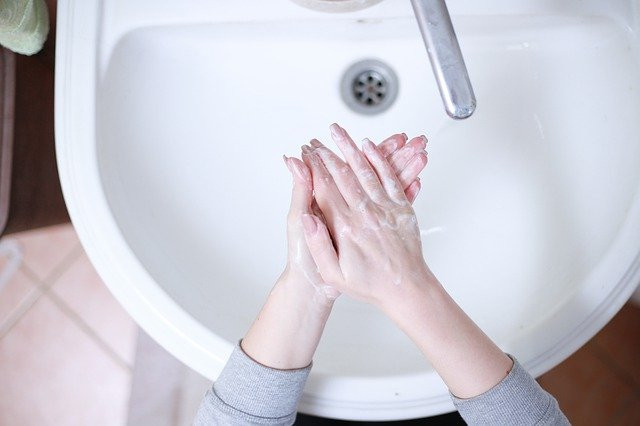 Examples of compulsive signs and symptoms are:

Obsessive-compulsive disorder is a condition that usually starts in adolescence. Symptoms usually begin gradually and tend to vary throughout your life.

Symptoms generally get worse when you experience greater stress. Obsessive-compulsive disorder is a condition that is usually considered a lifelong disorder, can have mild to moderate or very severe symptoms.

Compulsive behavior is a continuation of obsessive behavior. All things that have been thought obsessively by sufferers of OCD, will then proceed with real execution.

The behavior is done to reduce the worry or fear that arises, due to obsessive thoughts. Although executing these things can relieve fear and anxiety, in a short time, obesity will re-emerge, and the cycle will repeat itself.

An example of compulsive behavior is to repeatedly wash hands to exceed their needs, for fear of bacteria or germs that will cause certain diseases. This fear can also make OCD sufferers spend hours cleaning themselves or their homes.

You need to consult a doctor if:

So far, scientists have still not been able to find the exact cause of the obsessive-compulsive disorder. Several factors may influence the onset of this disease, including:

What can increase the risk of contracting OCD?

Factors that increase your risk of developing OCD include:

The information presented cannot be used as medical advice, you should still consult a doctor.

What are the treatment options for OCD?

Obsessive-compulsive disorder can be treated by combining therapy and cognitive behavioral therapy.

Your doctor may prescribe medication to control your mental obsession and compulsive behavior. Usually, antidepressants or stress-reducing drugs are the first choices, including:

These drugs are generally used in higher doses for OCD disease than for depression. It may take up to three months for results to be seen.

Half of all people with OCD do not take these drugs alone. Often, these drugs are taken together with atypical antipsychotic drugs.

If you often have negative thoughts, this can make you suffer from mental disorders in the long run. Cognitive-behavioral therapy can help you find the unconscious habits that are causing the thought to occur.

CBT is an effective method for treating obsessive-compulsive disorder. This therapy is a type of psychotherapy that aims to help individuals change the way they think, feel, and behave. This refers to the two treatments below:

The exposure referred to here is exposure to situations and objects that trigger fear and anxiety. Over time, the anxiety produced by these obsessive cues diminishes. Finally, this treatment removes anxiety.

Response prevention refers to rituals performed by people with OCD to reduce anxiety.

ERP treatment helps people learn to resist the urge to perform this ritual.

What are the general tests that are usually done to detect this disease?

Doctors usually diagnose OCD based on the symptoms you describe. They will conduct clinical examinations to reduce the cause of these symptoms.

The doctor may also conduct psychological evaluations through psychological assessment methods, such as assessing a patient’s mental status through appearance, attitude, thoughts, mood, fear, hallucinations, addiction to drug abuse, and the possibility of committing violence or even suicide.

What are some lifestyle changes or home remedies that can be done to treat OCD?

Lifestyle and home remedies that can help you to overcome obsessive-compulsive disorders including:

If you have other questions, consult your doctor to find the best solution for your illness.

There you go. Now, do you know if you have OCD? If not, then maybe you know someone in your family or any friends who have this mental disorder? Please share this article with them so they know what treatments they can do in order to take care of their condition.

Hope this article is useful. Stay safe, happy, and healthy! 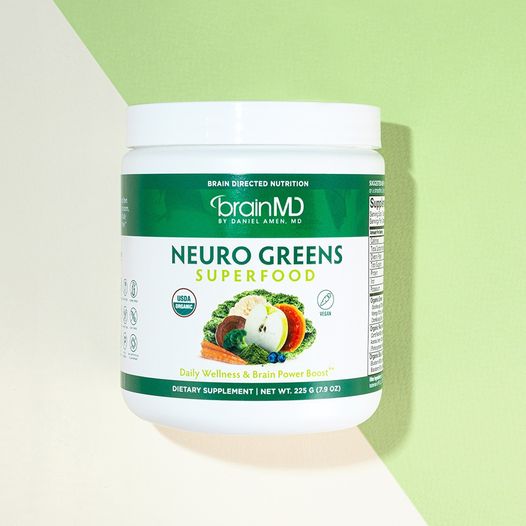 Thank you for reading today’s topic: Do You Know If You Have OCD?